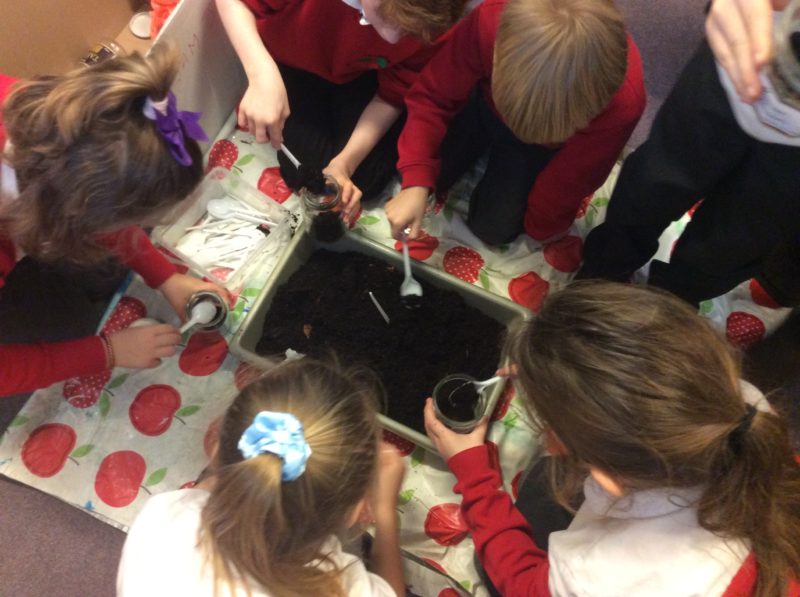 We looked at water cycles yesterday.  It’s all about how it rains: water from the sea turns to water vapour, forms a cloud, the wind blows the cloud and then as the cloud gets warmer it rains on the earth.  Its been very interesting.  We have been looking at Capt Scott, he went to the South Pole.  He travelled for two years to reach the Pole but wasn’t the first to get there.  He was very frustrated as he really wanted to get there first.  He died of frost bite and sun blindness.  There was a statue of him erected at the South Pole.  We’ve been planting cress seeds in science, we are going to watch them grow to see if we can follow the water cycle. We put soil in, planted the seeds, watered them and put a lid on.  In PPA we made pictures of the South Pole or the Atlantic and placed the animals where they would be found.  Group one went cooking and made soda bread and Irish soup.